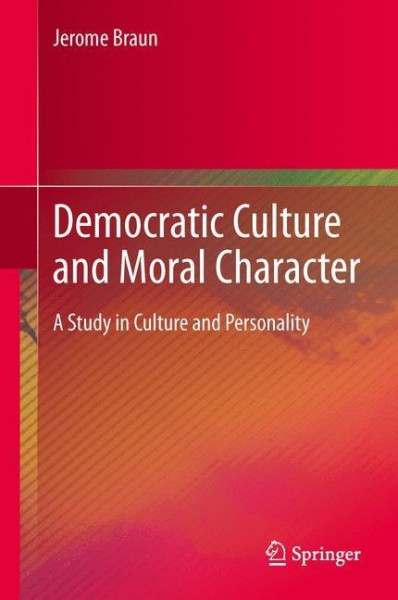 This book returns critical theory to its roots in both psychology and the social sciences. It shows some of the relationships between equality in a political and social sense and personal identity that either relates well to such equality, or rebels against it. All this reflects processes of social and cultural influence that involve not only random change but also processes of social and cultural evolution that themselves have effects regarding potentials for self-fulfillment and even public morality. This book provides a framework to help one study the interaction between individual aspirations and social opportunities.Jerome Braun, known for his writings in interdisciplinary social science, an approach he calls pragmatic critical theory, here provides a book that discusses issues relevant to the moral underpinnings of democratic society, including issues of social evolution and of culture and personality. This book will be of particular interest to scholars and students of Psychology (particularly in the areas of Psychology of Personality and Cultural Psychology), Sociology (especially those interested in Sociology of Alienation and Sociology of Culture, as well as Sociology of Mental Health), Anthropology (particularly in the area of Psychological Anthropology), Cultural Studies, and Social Theory in general. von Braun, Jerome

Jerome Braun is known for his writing in interdisciplinary social science, the kind not usually covered in most Ph.D programs, with some emphasis on culture and personality and on democracy from a cross-cultural perspective. Much in the spirit of pragmatic critical theory, he started out writing on industrial democracy and on alienation in the workplace, and eventually expanded to writing on democracy in general and on alienation in the world at large. A good deal of his writing tends to lie on the border between disciplines, such as the borders between psychology and anthropology, and sociology and economics, at the same time informed by a knowledge of history, all of which produces a rather holistic point of view, partly inspired by classical sociology. In general he has studied alienation in modern society, and its effects on both culture and personality. In particular his writing on the psychology of personality, and on how the fulfillment of personality can be hampered or fostered by various kinds of social and cultural environments, is in the spirit of such humanistic writers as Erich Fromm and Christopher Lasch. He takes a rather pragmatic approach to the study of social evolution, and in this regard is much inspired by the work of Max Weber. He gave the Willard and Margaret thorp Lecture at Princeton University on October 12, 2000 where he spoke on "Liberal and Authoritarian Versions of Democracy." He also was a consultant to the 2008 Barack Obama presidential campaign as a member of their Labor, Employment, and Workplace Policy Committee. He co-edited with Prof. George McCall Issue 192 (June 2008) of the International Social Science Journal sponsored by UNESCO devoted to the topic of "Dilemmas in Nation-Building." His contribution is an essay on "Character, Civil Society, and Prospects for Democracy."