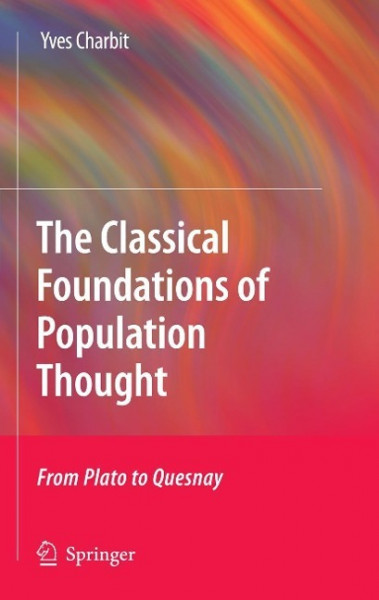 The Classical Foundations of Population Thought

The Classical Foundations of Population Thought
From Plato to Quesnay

Whereas the history of demography as a social science has been amply explored, that of the construction of the concept of population has been neglected. Specialists systematically ignore a noteworthy paradox: strictly speaking, the great intellectual figures of the past dealt with in this book have not produced demographic theories or doctrines as such, but they have certainly given some thought to population at both levels. First, the central epistemological and methodological orientation of the book is presented. Ideas on population, far from being part of the harmonious advancement of knowledge are the product of their context, that is evidently demographic, but also economic, political and above all intellectual. Then the ideas on population of Plato, Bodin, the French mercantilists, Quesnay and the physiocrats are examined under this light. The last chapter addresses the implicit philosophical, economic and political issues of population thought. von Charbit, Yves