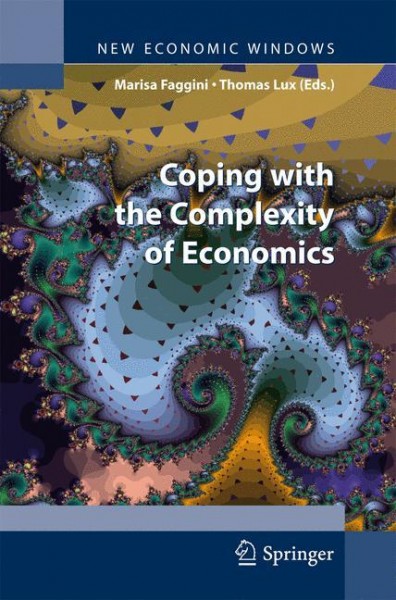 Coping with the Complexity of Economics

Coping with the Complexity of Economics

Throughout the history of economics, a variety of analytical tools have been borrowed from the so-called exact sciences. As Schoe?er (1955) puts it: "They have taken their mathematics and their ded- tive techniques from physics, their statistics from genetics and agr- omy, their systems of classi?cation from taxonomy and chemistry, their model-construction techniques from astronomy and mechanics, and their methods of analysis of the consequences of actions from en- neering". The possibility of similarities of structure in mathematical models of economic and physical systems has been an important f- tor in the development of neoclassical theory. To treat the state of an economy as an equilibrium, analogous to the equilibrium of a mech- ical system has been a key concept in economics ever since it became a mathematically formalized science. Adopting a Newtonian paradigm neoclassical economics often is based on three fundamental concepts. Firstly, the representative agent who is a scale model of the whole society with extraordinary capacities, particularly concerning her - pability of information processing and computation. Of course, this is a problematic reduction as agents are both heterogeneous and bou- edly rational and limited in their cognitive capabilities. Secondly, it often con?ned itself to study systems in a state of equilibrium. But this concept is not adequate to describe and to support phenomena in perpetual motion. von Faggini, Marisa und Lux, Thomas