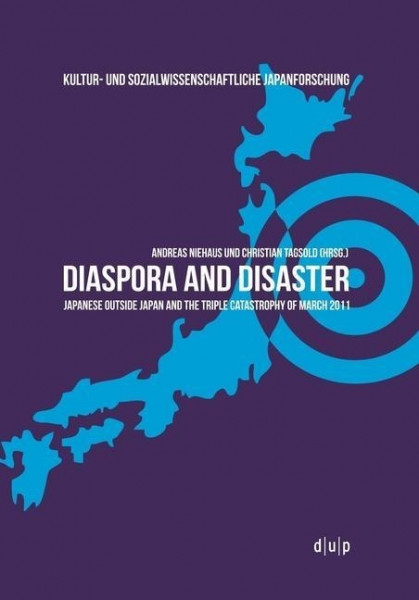 On March 11, 2011 the North-East of Japan was hit by a massive magnitude 9 earthquake. The earthquake was followed by a tsunami that destroyed farmland, cities, factories and the infrastructure of the coastal regions and also caused the nuclear meltdowns in the Fukushima Daiichi Powerplant. In media as well as in research the disaster was perceived as a national catastrophe, overlooking itstransnational character. Japanese diasporic communities worldwide organized support and fundraising events to support the devastated regions and thus showed their solidarity with the homeland. In both transient and permanent Japanese communities being active often became a means to overcome the global, local and personal shockwave of the catastrophe and overcome feelings of insecurity. Yet, the broad variety of activities also furthered diasporic civil society and helped to integrate members of Japanese communities more into the surrounding society. By bringing together disaster studies and diaspora studies and analyzing the reactions of Japanese transient and permanent communities in Ghent, Brussels, Dusseldorf, Sao Paulo, Honolulu and London following the Triple Disaster, this volume will help to get a better understanding of how catastrophes effect diasporic communities. von Niehaus, Andreas und Tagsold, Christia