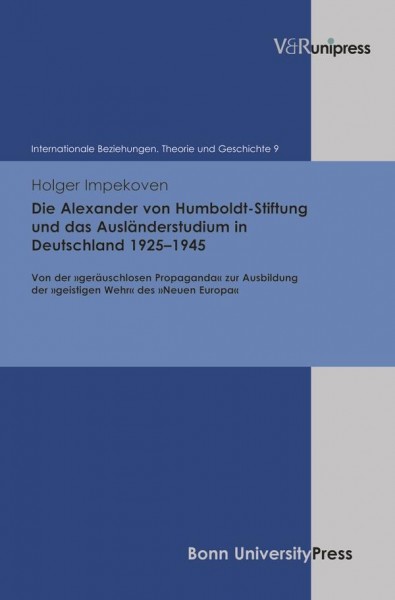 From the outset, the Alexander von Humboldt Foundation, which was established in 1925 under Stresemann, was only formally an independent cultural policy instrument of the Foreign Office. The aim was to win foreign students with the help of scholarships to act as future cultural disseminators. After 1933 the National Socialists continued to support foreign students but with different ideological objectives. Right until the final weeks of war, scholarships were awarded with a view to recruiting elite students for Hitler's empire - both in terms of a collaborative political elite and in terms of a racial elite: the "intellectual army" of the "New Europe". Holger Impekoven's study is a major contribution to a political history of foreigners studying in Germany. At the same time it documents the dark side of international academic relations, focussing not only on the intentions of political actors but also on individual students of 'foreign races' in Hitler's "pure race state". von Impekoven, Holger