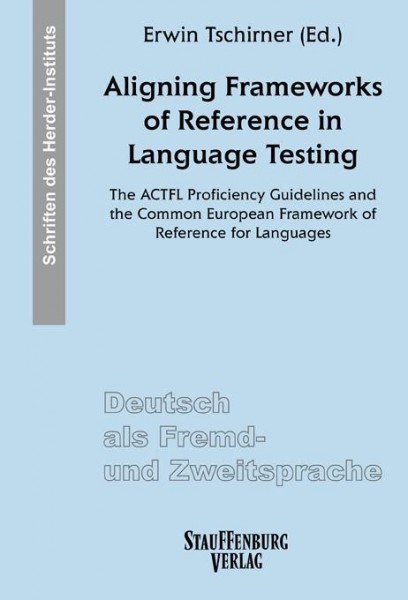 The series German as a Foreign and Second Language presents theoretical and empirical studies of interest to a broad cross-section of scholars, students, and professionals in the fields of German as a Foreign and Second Language. The volumes in this series provide essential reading for university students and college teachers, for researchers and practitioners in the German speaking countries and beyond. The series aims at contributing to critical scholarly debate as well as providing guidance for language policy decisions.The series German as a Foreign and Second Language is edited by the Herder Institute of the University of Leipzig. The Herder Institute in Leipzig has been one of the most significant and influential forces in the field of German as a Foreign Language and continues to provide scholarly advancement in all its subfields, comprising German linguistics (including phonetics and phonology), the teaching of language, literature, and culture, as well as German cultural and literary studies from crosslinguistic and transcultural perspectives.About the book:The ACTFL Proficiency Framework and the Common European Framework of Reference for Languages (CEFR) are the two most important frameworks for language learning, teaching, and assessment in the world today. It is imperative for the language teaching profession and people involved in language policy to have a clear sense of what the similarities and differences are between the two systems and what correspondences exist between them. This volume presents original research and discussion by leading experts in the field focusing on correspondences from an assessment perspective. It provides an inside view of the genesis and present status of both frameworks as well as an authoritative discussion of the fundamental issues involved in attempting a crosswalk between frameworks in language assessment. In addition, this volume brings together several seminal studies which empirically address correspondences between frameworks.Aligning Frameworks of Reference in Language Testing presents the first truly collaborative work by key researchers and scholars from both sides of the Atlantic working within and across both frameworks. It will be essential reading for students, researchers and practitioners in applied linguistics, assessment, teacher education, and language policy. von Tschirner, Erwin