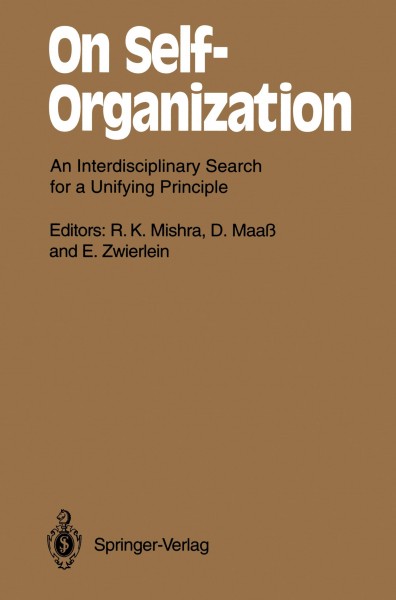 On Self-Organization
An Interdisciplinary Search for a Unifying Principle

The thread of self-organization which is now recognized as permeating many dynamical transformations in diverse systems around us seems set to unleash a revolution as influential as that of Darwin in the last century. Darwin removed the 'originator' of a species; self-organization now seeks to remove the 'organizer' from an organism. Methods of nonlinear dynamics have played a crucial role in opening up this field and if these methods have a progenitor it is Henri Poi~care (1854 - 1912) whose first substantial compilation amongst his prolific productio~ was Les Methodes Nouvelles de la Mecanique Celeste, Vol 1. Thi~ work'aplleared in Paris in 1892, a century ago, thus offering us the opportunity to celebrate a centenary of this extraordinary revolutionary of science: M~:of. ~he ex;tensive contributions of Poincare helped to lay the foundation of this field of nonlinear dynamics, for _e. xam*lI~e mai:hematic~l theory of . dillJ. ensions~ . ( qualita. tively) global aspects of ph~ ~~c~ d~~~ics, topological analysis, . fiXed. pbiilt theo­ rems, bifurcation COIiC~l?ts :{~o ?e u~d later for example for Andronov-Poincare bifurcation), diffe~!:. Iice' equation mappings in phase spa von Mishra, R. K. und Maaß, D. und Zwierlein, E.