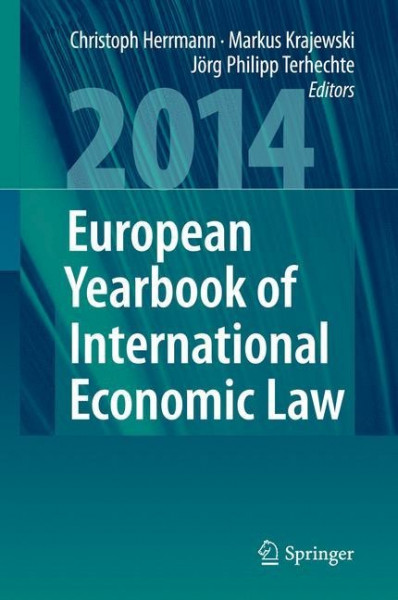 In 2014, the global economic system celebrates two anniversaries: Seventy years ago, on 22 July 1944 at Bretton Woods, New Hampshire, the Articles of Agreement of the International Monetary Fund (IMF) and the Articles of Agreement of the International Bank for Reconstruction and Development (Worldbank) were adopted. Since then the global financial and monetary system underwent significant policy changes, but the institutional framework remained the same. More recently, twenty years ago, on 15 April 1994, the Final Act of the Uruguay Round of Multilateral Trade Negotiations was signed and its key component, the Agreement establishing the World Trade Organization, entered into force on 1 January 1995. Even though the beginning of the multilateral trading system dates back to the late 1940s, the founding of the WTO constitutes a significant institutional reform which marks the beginning of a new era. Anniversaries are usually moments of celebration. However, even a superficial observer will notice that neither the current international financial and monetary regime nor the international trade regime is in a stage which invites celebration. Instead, both are facing difficult and fundamental challenges to their very existence from the outside but also from within. So while there may be no time to celebrate, anniversaries are also often used for reflection about the past and the future. Hence, EYIEL 5 (2014) considers these two anniversaries ample moments to reflect on the legacy and the current status of the main two pillars of International Economic Law in its Part one. Part two of EYIEL 5 (2014) brings together contributions on the EU's Deep Trade Agenda, on Current Approaches to the International Investment Regime in South America, on the Multilayered System of Regional Economic Integration in West Africa and on the Tripartite Free Trade Area, as well as on India and her Trade Agreements. Part three contains treatises of developments in the World Customs Organization, the World Intellectual Property Organization and in International Investment Law. After the book reviews in Part four, EYIEL 5 (2014) is complemented with an Annex containing the Case (on exchange-rate manipulation and crisis-caused guarantees to financial institutions) and the Best Submissions of the 11th EMC2 ELSA WTO Moot Court Competition (of the Harvard team for the complainant and the Leuven team for the respondent). The case not only addresses issues of current interest but also links the subjects of our two special focusses nicely together. von Herrmann, Christoph und Krajewski, Markus und Terhechte, Jörg Philipp