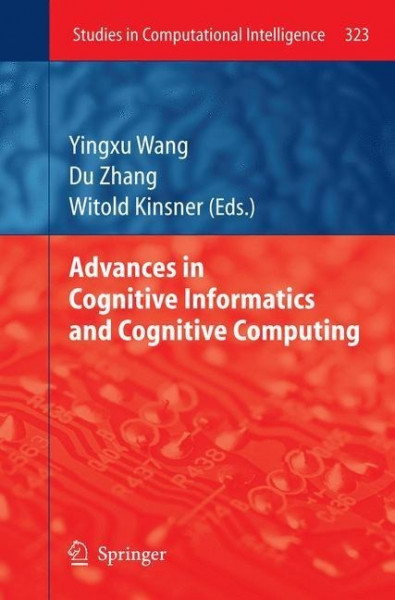 Cognitive Informatics (CI) is the science of cognitive information processing and its applications in cognitive computing. CI is a transdisciplinary enquiry of computer science, information science, cognitive science, and intelligence science that investigates into the internal information processing mechanisms and processes of the brain. Advances and engineering applications of CI have led to the emergence of cognitive computing and the development of Cognitive Computers (CCs) that reason and learn. As initiated by Yingxu Wang and his colleagues, CC has emerged and developed based on the transdisciplinary research in CI, abstract intelligence (aI), and denotational mathematics after the inauguration of the series of IEEE International Conference on Cognitive Informatics since 2002 at Univ. of Calgary, Stanford Univ., and Tsinghua Univ., etc.   This volume in LNCS (subseries of Computational Intelligence), LNCI 323, edited by Y. Wang, D. Zhang, and W. Kinsner, presents the latest development in cognitive informatics and cognitive computing. The book focuses on the explanation of cognitive models of the brain, the layered reference model of the brain, the fundamental mechanisms of abstract intelligence, and the implementation of computational intelligence by autonomous inference and learning engines based on CCs. von Wang, Yingxu und Kinsner, Witold und Zhang, D