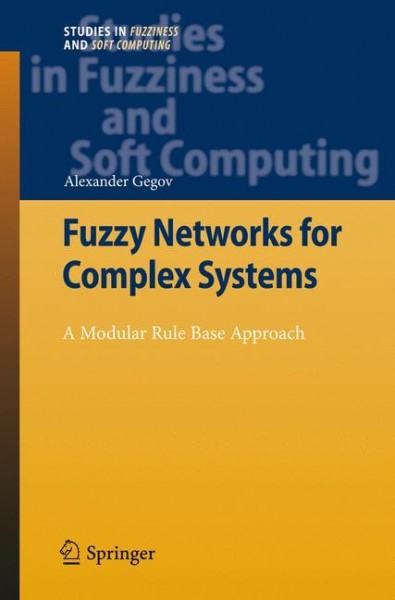 Fuzzy Networks for Complex Systems
A Modular Rule Base Approach

This book introduces the novel concept of a fuzzy network whose nodes are rule bases and the connections between the nodes are the interactions between the rule bases in the form of outputs fed as inputs. The concept is presented as a systematic study for improving the feasibility and transparency of fuzzy models by means of modular rule bases whereby the model accuracy and efficiency can be optimised in a flexible way. The study uses an effective approach for fuzzy rule based modelling of complex systems that are characterised by attributes such as nonlinearity, uncertainty, dimensionality and structure.The approach is illustrated by formal models for fuzzy networks, basic and advanced operations on network nodes, properties of operations, feedforward and feedback fuzzy networks as well as evaluation of fuzzy networks. The results are demonstrated by numerous examples, two case studies and software programmes within the Matlab environment that implement some of the theoretical methods from the book. The book shows the novel concept of a fuzzy network with networked rule bases as a bridge between the existing concepts of a standard fuzzy system with a single rule base and a hierarchical fuzzy system with multiple rule bases. von Gegov, Alexander