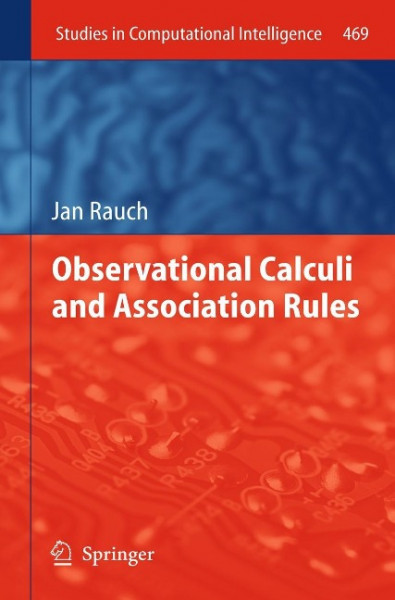 Observational calculi were introduced in the 1960's as a tool of logic of discovery. Formulas of observational calculi correspond to assertions on analysed data. Truthfulness of suitable assertions can lead to acceptance of new scientific hypotheses. The general goal was to automate the process of discovery of scientific knowledge using mathematical logic and statistics. The GUHA method for producing true formulas of observational calculi relevant to the given problem of scientific discovery was developed. Theoretically interesting and practically important results on observational calculi were achieved. Special attention was paid to formulas - couples of Boolean attributes derived from columns of the analysed data matrix. Association rules introduced in the 1990's can be seen as a special case of such formulas. New results on logical calculi and association rules were achieved. They can be seen as a logic of association rules. This can contribute to solving contemporary challenging problems of data mining research and practice. The book covers thoroughly the logic of association rules and puts it into the context of current research in data mining. Examples of applications of theoretical results to real problems are presented. New open problems and challenges are listed. Overall, the book is a valuable source of information for researchers as well as for teachers and students interested in data mining. von Rauch, Jan