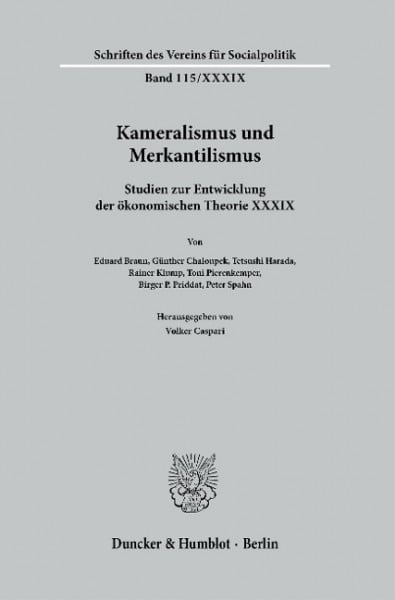 »Studies in the Development of Economic Theory: Cameralism and Mercantilism«: The term »mercantilism« is most commonly understood as an epoch in economic history and was originally coined by Adam Smith, who distinguished his doctrine of his system of natural liberty from that of his predecessors and that of physiocracy. Instead, Cameralism is often referred to as the German version of mercantilism. However, it primarily emerged as a discipline at many universities in the German-speaking territories to form and train the civil servants of their administration. von Caspari, Volker