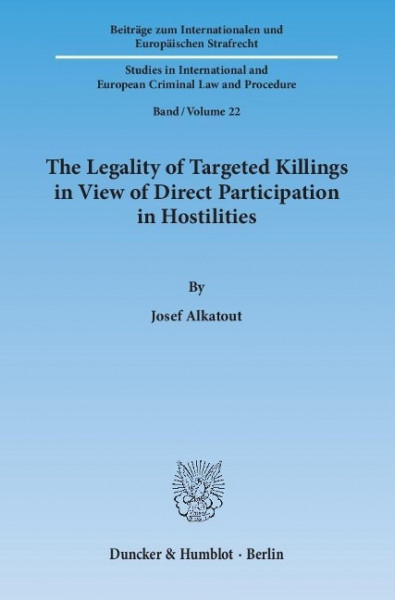 In today's asymmetric armed conflicts, military agents carry out targeted killings against civilians that »take a direct part in the hostilities«. This book defines such participation for the purposes of international humanitarian, criminal and human rights law. Additionally, the general framework of the law of war is revisited, in particular under the currently frequent scenario of non-international armed conflicts. Treaty requirements for the recognition of non-state actors (degree of collectivity) are addressed and the legal ethics of a strict status-based approach in international law (combatants/civilians) is opined on. The study at hand analyzes the repertory of applicable legal texts and their authentic versions in the different official languages. It discloses existing incoherencies and gives an overview of their implementation into the national legislation of several countries. The research closes with a fictional case study. Graphs and figures are used for illustration purposes throughout the document.