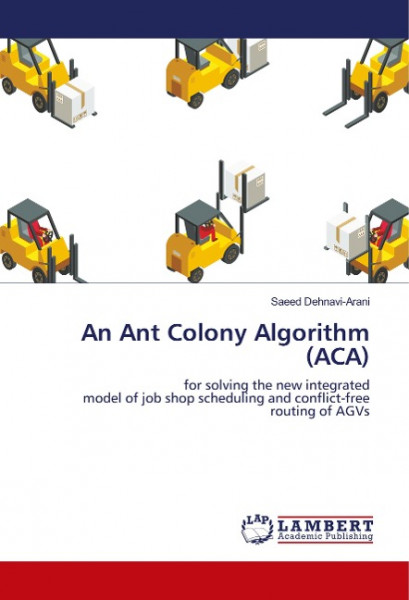 This paper concerns the Job Shop Scheduling Problem (JSSP) considering the transportation times of the jobs from one machine to another. The goal of a basic JSSP is to determine starting and ending times for each job in which the objective function can be optimized. In here, several Automated Guided Vehicles (AGVs) have been employed to transfer the jobs between machines and warehouse located at the production environment. Unlike the advantages of implemented automatic transportation system, if they are not controlled along the routes, it is possible that the production system encounters breakdown. Therefore, the Conflict-Free Routing Problem (CFRP) for AGVs is considered as well as the basic JSSP. Hence, we proposed a mathematical model which is composed of JSSP and CFRP, simultaneously and since the problem under study is NP-hard, a two stage Ant Colony Algorithm (ACA) is also proposed. The objective function is to minimize the total completion time (make-span). von Dehnavi-Arani, Saeed