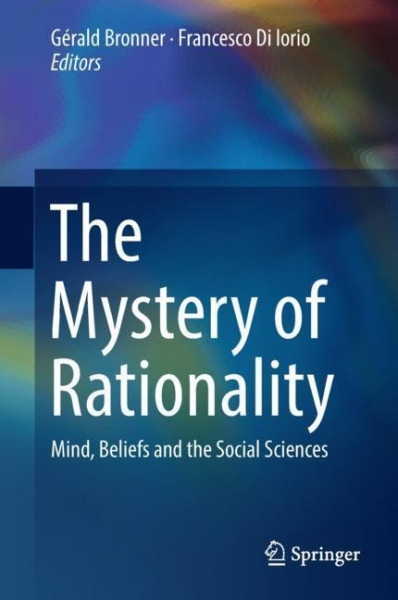 The Mystery of Rationality

The Mystery of Rationality
Mind, Beliefs and Social Sciences

This book contributes to the developing dialogue between cognitive science and social sciences. It focuses on a central issue in both fields, i.e. the nature and the limitations of the rationality of beliefs and action. The development of cognitive science is one of the most important and fascinating intellectual advances of recent decades, and social scientists are paying increasing attention to the findings of this new branch of science that forces us to consider many classical issues related to epistemology and philosophy of action in a new light.Analysis of the concept of rationality is a leitmotiv in the history of the social sciences and has involved endless disputes. Since it is difficult to give a precise definition of this concept, and there is a lack of agreement about its meaning, it is possible to say that there is a 'mystery of rationality'. What is it to be rational? Is rationality merely instrumental or does it also involve the endorsement of values, i.e. the choice of goals? Should we consider rationality to be a normative principle or a descriptive one? Can rationality be only Cartesian or can it also be argumentative? Is rationality a conscious skill or a partly tacit one? This book, which has been written by an outstanding collection of authors, including both philosophers and social scientists, tries to make a useful contribution to the debates on these problems and shed some light on the mystery of rationality. The target audience primarily comprises researchers and experts in the field. von Bronner, Gérald und Di Iorio, Francesco