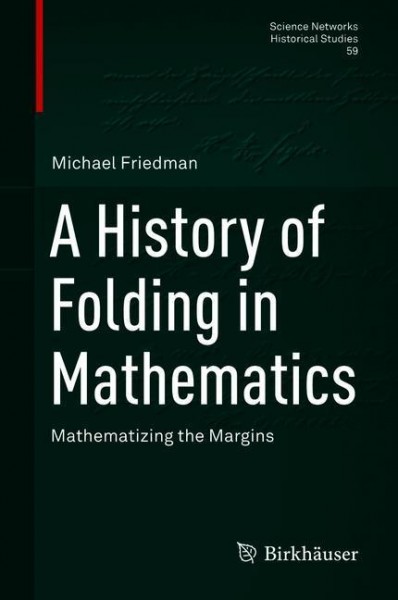 A History of Folding in Mathematics

A History of Folding in Mathematics
Mathematizing the Margins

While it is well known that the Delian problems are impossible to solve with a straightedge and compass - for example, it is impossible to construct a segment whose length is cube root of 2 with these instruments - the discovery of the Italian mathematician Margherita Beloch Piazzolla in 1934 that one can in fact construct a segment of length cube root of 2 with a single paper fold was completely ignored (till the end of the 1980s). This comes as no surprise, since with few exceptions paper folding was seldom considered as a mathematical practice, let alone as a mathematical procedure of inference or proof that could prompt novel mathematical discoveries. A few questions immediately arise: Why did paper folding become a non-instrument? What caused the marginalisation of this technique? And how was the mathematical knowledge, which was nevertheless transmitted and prompted by paper folding, later treated and conceptualised?Aiming to answer these questions, this volume provides, for the first time, an extensive historical study on the history of folding in mathematics, spanning from the 16th century to the 20th century, and offers a general study on the ways mathematical knowledge is marginalised, disappears, is ignored or becomes obsolete.In doing so, it makes a valuable contribution to the field of history and philosophy of science, particularly the history and philosophy of mathematics and is highly recommended for anyone interested in these topics. von Friedman, Michael