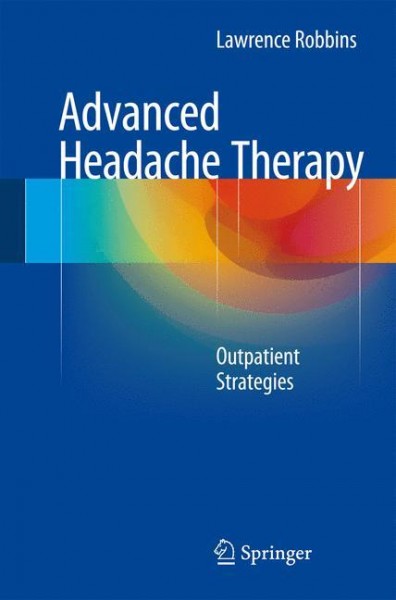 Lawrence Robbins, M.D., is considered to be one of the leading experts in the country on management of headache medication. He also is a leader in the field on "refractory" headaches: those that are difficult to treat. He started the American Headache Society section on refractory headaches, and has written as much on the topic as anyone in the world. Doctor Robbins has spearheaded cutting edge research, ranging from the immune system in headache patients to Botox for headache. He was one of the first to recognize how headaches can be linked to anxiety and bipolar disorder. He remains one of the few headache doctors who treat psychological disorders. He repeatedly has been named one of America's Top Doctors since 2001, and also was named one of Chicago's Top Doctors by Chicago Magazine. He received the 2008 Clinical Pain Management Award, which is given by the American Academy of Pain Management to one physician per year who "has made a significant accomplishment in research and/or teaching in the field of interdisciplinary pain management." Dr. Robbins has written more than 200 articles and abstracts. He has also published two print books, "Headache Help" and "Management of Headache and Headache Medications", that were very well reviewed, and both are bestsellers. He has published an ebook, "Headache 2013."