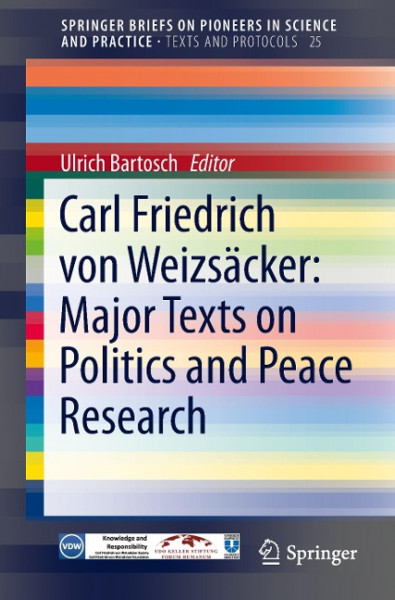 This book offers a collection of texts by Carl Friedrich von Weizsaecker (1912-2007), a major German universal scientist who was also a pioneer in physics, philosophy, religion on issues of politics and peace research. He worked with Werner Heisenberg and Otto Hahn in the German "Uranverein", obtained a patent for plutonium during World War II and was an opponent of the nuclear armament of the German armed forces (1957). Furthermore, he published a study on the inability to defend Germany (1971) that was instrumental in the debate on defensive defense since the mid 1970s. He wrote on war and peace, peace and truth, policy implications of nuclear energy, on ethical issues of modern strategy, on consequences of war and war prevention and on the theory of power. He coined the term "world domestic policy" which still covers a valid theory for political, institutional secured world peace in the atomic age. von Bartosch, Ulrich