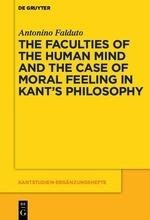 In the past few decades a remarkable change occurred in Kant scholarship: the "other" Kant has been discovered, i.e. the one of the doctrine of virtue and the anthropology. Through the rediscovery of Kant's investigations into the empirical and sensuous aspects of knowledge, our understanding of Kant's philosophy has been enriched by an important element that has allowed researchers to correct supposed deficiencies in Kant's work. In addition, further questions concerning the nature of Kant's philosophy itself have been formulated: the more the "other" Kant comes to the fore, the stronger the question concerning the connection between pure philosophy and empirical investigation becomes.The aim of this study is to show that the psychological and anthropological interpretations of Kant's pure philosophy are not convincing and at the same time to illustrate some connections between his critical and anthropological investigations by means of an analysis of the theory of the faculties.Against both a "transcendental psychological" and an "anthropological" reading, the book presents Kant's theory of the facultiesas a constitutive part of his critical philosophy andshows that there is a close connection between Kant's pure philosophy and his moral aesthetic. von Falduto, Antonino