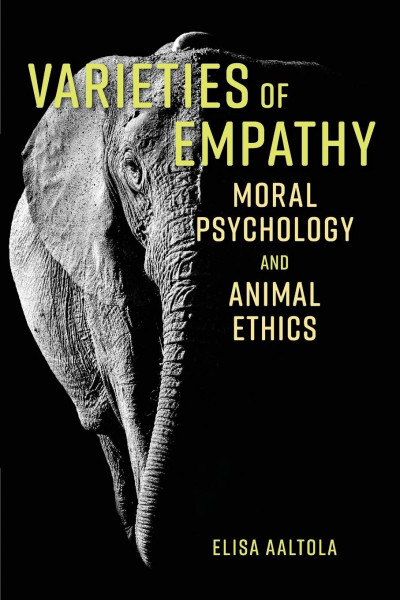 Empathy is a term used increasingly both in moral theory and animal ethics, with the suggestion that empathy enhances our moral ability and agency. Yet, its precise meaning is often left unexplored, together with the various obstacles and challenges met by an empathy-based ethic, such as those concerning the ways in which empathy is prone to bias and may also facilitate manipulation of others. These oversights render the contemporary discussion on empathy and animal ethics vulnerable to both conceptual confusion and moral simplicity. The book aims to tackle these problems by clarifying the different and even contradictory ways in which "empathy" can be defined, and by exploring the at times surprising implications the various definitions have from the viewpoint of moral agency. Its main question is: What types of empathy hinder moral ability, and what types enable us to become more morally capable in our dealings with the nonhuman world? During the contemporary era, when valuable forms of empathy are in decline, and the more hazardous, self-regarding and biased varieties of utilising empathy in the increase, this question is perhaps more important than ever. von Aaltola, Elisa

Elisa Aaltola is Senior Lecturer in Philosophy at the University of Eastern Finland.