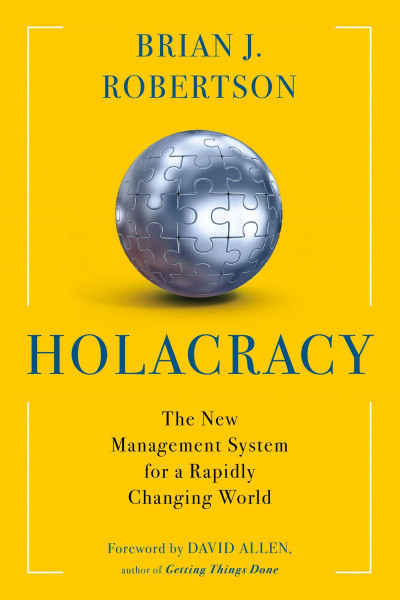 Holacracy
The New Management System for a Rapidly Changing World

Holacracy is a revolutionary management system that redefines management and turns everyone into a leader.Holacracy distributes authority and decision-making throughout an organization, and defines people not by hierarchy and titles, but by roles. Holacracy creates organizations that are fast, agile, and that succeed by pursuing their purpose, not following a dated and artificial plan.This isn't anarchy - it's quite the opposite. When you start to follow Holacracy, you learn to create new structures and ways of making decisions that empower the people who know the most about the work you do: your frontline colleagues.Some of the many champions of Holacracy include Tony Hsieh, CEO of Zappos.com (author of the #1 New York Times bestseller Delivering Happiness), Evan Williams (co-founder of Blogger, Twitter, and Medium), and David Allen. von Robertson, Brian J.