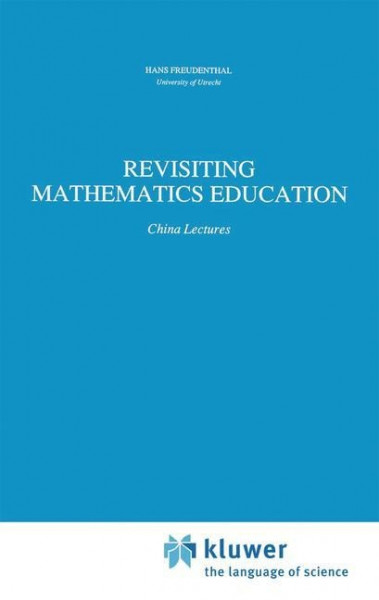 This book is a product of love and respect. If that sounds rather odd I initially apologise, but let me explain why I use those words. The original manuscript was of course Freudenthal's, but his colleagues have carried the project through to its conclusion with love for the man, and his ideas, and with a respect developed over years of communal effort. Their invitation to me to write this Preface e- bles me to pay my respects to the great man, although I am probably incurring his wrath for writing a Preface for his book without his permission! I just hope he understands the feelings of all colleagues engaged in this particular project. Hans Freudenthal died on October 13th, 1990 when this book project was well in hand. In fact he wrote to me in April 1988, saying "I am thinking about a new book. I have got the sub-title (China Lectures) though I still lack a title". I was astonished. He had retired in 1975, but of course he kept working. Then in 1985 we had been helping him celebrate his 80th birthday, and although I said in an Editorial Statement in Educational Studies in Mathematics (ESM) at the time "we look forward to him enjoying many more years of non-retirement" I did not expect to see another lengthy manuscript. von Freudenthal, Hans