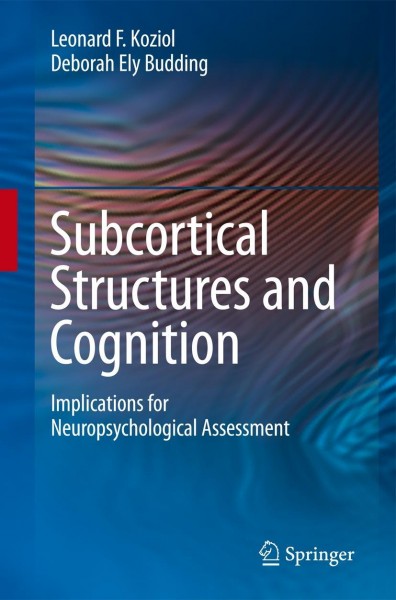 Clinical psychologists and neuropsychologists are traditionally taught that cognition is mediated by the cortex and that subcortical brain regions mediate the coordination of movement. However, this argument can easily be challenged based upon the anatomic organization of the brain. The relationship between the prefrontal cortex/frontal lobes and basal ganglia is characterized by loops from these anterior brain regions to the striatum, the globus pallidus, and the thalamus, and then back to the frontal cortex. There is also a cerebrocerebellar system defined by projections from the cerebral cortex to the pontine nuclei, to the cerebellar cortex and deep cerebellar nuclei, to the red nucleus and then back to thalamus and cerebral cortex, including all regions of the frontal lobes. Therefore, both the cortical-striatal and cortical-cerebellar projections are anatomically defined as re-entrant systems that are obviously in a position to influence not only motor behavior, but also cognition and affect. This represents overwhelming evidence based upon neuroanatomy alone that subcortical regions play a role in cognition. The first half of this book defines the functional neuroanatomy of cortical-subcortical circuitries and establishes that since structure is related to function, what the basal ganglia and cerebellum do for movement they also do for cognition and emotion. The second half of the book examines neuropsychological assessment. Patients with lesions restricted to the cerebellum and/or basal ganglia have been described as exhibiting a variety of cognitive deficits on neuropsychological tests. Numerous investigations have demonstrated that higher-level cognitive functions such as attention, executive functioning, language, visuospatial processing, and learning and memory are affected by subcortical pathologies. There is also considerable evidence that the basal ganglia and cerebellum play a critical role in the regulation of affect and emotion. These brain regions are an integral part of the brain's executive system. The ability to apply new methodologies clinically is essential in the evaluation of disorders with subcortical pathology, including various developmental disorders (broadly defined to include learning disorders and certain psychiatric conditions), for the purpose of gaining greater understanding of these conditions and developing appropriate methodologies for treatment. The book is organized around three sources of evidence: neuroanatomical connections; patients with various disease processes; experimental studies, including various imaging techniques. These three sources of data present compelling evidence that the basal ganglia and cerebellum are involved in cognition, affect, and emotion. The question is no longer if these subcortical regions are involved in these processes, but instead, how they are involved. The book is also organized around two basic concepts: (1) the functional neuroanatomy of the basal ganglia and the cerebellum; and (2) how this relates to behavior and neuropsychological testing. Cognitive neuroscience is entering a new era as we recognize the roles of subcortical structures in the modulation of cognition. The fields of neuropsychology, cognitive psychology, neuropsychiatry, and neurology are all developing in the direction of understanding the roles of subcortical structures in behavior. This book is informative while defining the need and direction for new paradigms and methodologies for neuropsychological assessment. von Koziol, Leonard F.