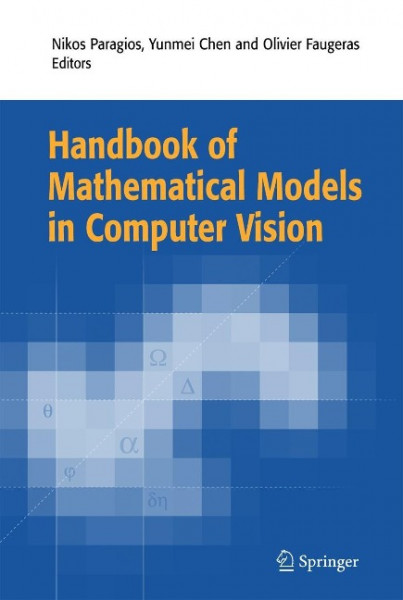 Abstract Biological vision is a rather fascinating domain of research. Scientists of various origins like biology, medicine, neurophysiology, engineering, math­ ematics, etc. aim to understand the processes leading to visual perception process and at reproducing such systems. Understanding the environment is most of the time done through visual perception which appears to be one of the most fundamental sensory abilities in humans and therefore a significant amount of research effort has been dedicated towards modelling and repro­ ducing human visual abilities. Mathematical methods play a central role in this endeavour. Introduction David Marr's theory v^as a pioneering step tov^ards understanding visual percep­ tion. In his view human vision was based on a complete surface reconstruction of the environment that was then used to address visual subtasks. This approach was proven to be insufficient by neuro-biologists and complementary ideas from statistical pattern recognition and artificial intelligence were introduced to bet­ ter address the visual perception problem. In this framework visual perception is represented by a set of actions and rules connecting these actions. The emerg­ ing concept of active vision consists of a selective visual perception paradigm that is basically equivalent to recovering from the environment the minimal piece information required to address a particular task of interest. von Paragios, Nikos und Chen, Yunmei und Faugeras, Olivier