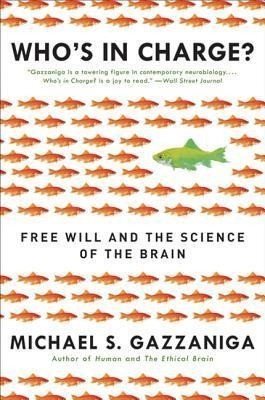 Who's in Charge?: Free Will and the Science of the Brain

Who's in Charge?: Free Will and the Science of the Brain

"Big questions are Gazzaniga's stock in trade.” —New York Times"Gazzaniga is one of the most brilliant experimental neuroscientists in the world.” —Tom Wolfe"Gazzaniga stands as a giant among neuroscientists, for both the quality of his research and his ability to communicate it to a general public with infectious enthusiasm.” —Robert Bazell, Chief Science Correspondent, NBC News The author of Human, Michael S. Gazzaniga has been called the "father of cognitive neuroscience.” In his remarkable book, Who's in Charge?, he makes a powerful and provocative argument that counters the common wisdom that our lives are wholly determined by physical processes we cannot control. His well-reasoned case against the idea that we live in a "determined” world is fascinating and liberating, solidifying his place among the likes of Oliver Sacks, Antonio Damasio, V.S. Ramachandran, and other bestselling science authors exploring the mysteries of the human brain. von Gazzaniga, Michael S.

Michael S. Gazzaniga is internationally recognized in the field of neuroscience and a pioneer in cognitive research. He is the director of the SAGE Center for the Study of the Mind at the University of California, Santa Barbara. He is the author of many popular science books, including Who's in Charge? (Ecco, 2011). He has six children and lives in California with his wife.

0
Menü schließen
Kundenbewertungen für "Who's in Charge?: Free Will and the Science of the Brain"
Bewertung schreiben
Bewertungen werden nach Überprüfung freigeschaltet.
Neu
16,50 €