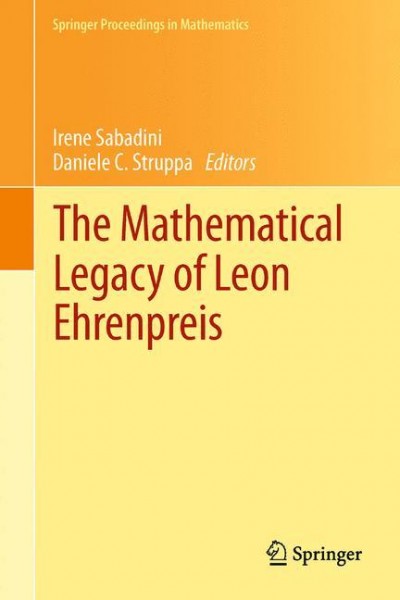 The Mathematical Legacy of Leon Ehrenpreis

The Mathematical Legacy of Leon Ehrenpreis

Leon Ehrenpreis has been one of the leading mathematicians in the twentieth century. His contributions to the theory of partial differential equations were part of the golden era of PDEs, and led him to what is maybe his most important contribution, the Fundamental Principle, which he announced in 1960, and fully demonstrated in 1970. His most recent work, on the other hand, focused on a novel and far reaching understanding of the Radon transform, and offered new insights in integral geometry. Leon Ehrenpreis died in 2010, and this volume collects writings in his honor by a cadre of distinguished mathematicians, many of which were his collaborators. von Sabadini, Irene und Struppa, Daniele C.