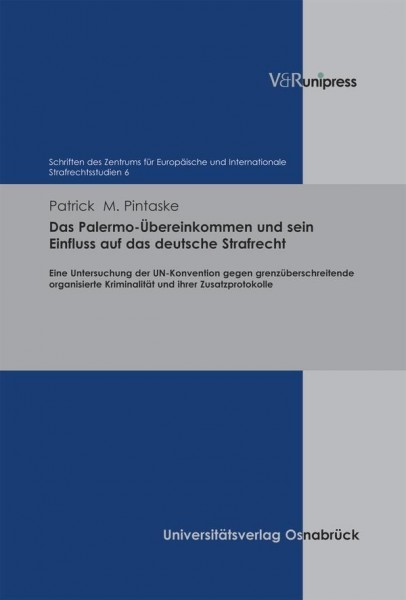 The Palermo Agreement, with its three supplementary protocols, has been accorded paramount significance in the prosecution of transnationally organised crime, and yet it leads only a shadowy existence within German-speaking jurisdictions. The present study presents the conventions for the first time in the context of international and national law, and identifies the implementation deficits in German criminal law with respect to the formation of criminal organisations, human trafficking, immigrant smuggling and arms trade. The author refutes the opinion of the legislature that the implementation of the Palermo Agreement is unnecessary; at the same time he calls on the judiciary to broaden the interpretation of the term "criminal organisation" as defined by/pursuant to/ with §129 StGB.