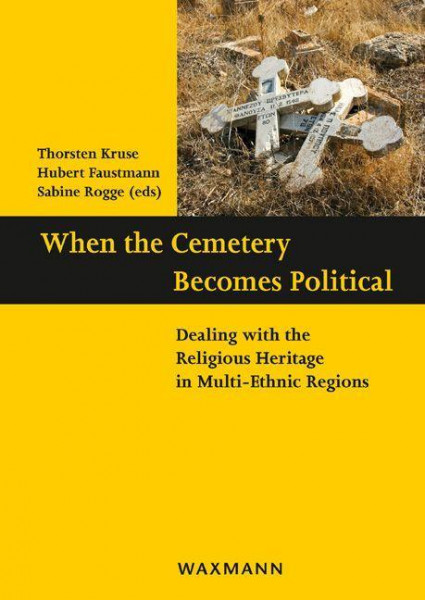 When the Cemetery Becomes Political

The Title of this book 'When the Cemetery Becomes Political' implies the question: How can the cemetery - a place for the dead - become a space that develops a political dynamic? Scholars from different countries explored such dynamics further in three Conferences - one held in Münster/Germany (2017) and the other two in Nicosia/Cyprus (2018/2019). Ten of the papers presented at these Conferences are compiled in this volume. They investigate how religious heritage is dealt with in multi-ethnic/religious countries like Bosnia-Herzegovina, Cyprus and Lebanon; one of the papers focuses on the fate of Thessaloniki's huge Jewish cemetery destructed during the German occupation of Greece in World War II. Further questions addressed in this book are: Why does one group destroy or desecrate the cemeteries and places of worship of the other group(s) during interreligious or interethnic conflicts? What are the reasons behind such extreme actions, and what is the purpose of such acts of destruction? The book gives insights into the complex and complicated interaction between religion and politics - and thus contributes to the discussion of a hot topic of our times. This book contains papers by Elie Al Hindy, Dima de Clerck, Lisa Dikomitis with Vassos Argyrou, Ziad Fahed, Thorsten Kruse, Leon Saltiel, Petros Savvides, Theopisti Stylianou-Lambert with Alexandra Bounia, Theodosios Tsivolas and Zeljana Tunic. von Kruse, Thorsten