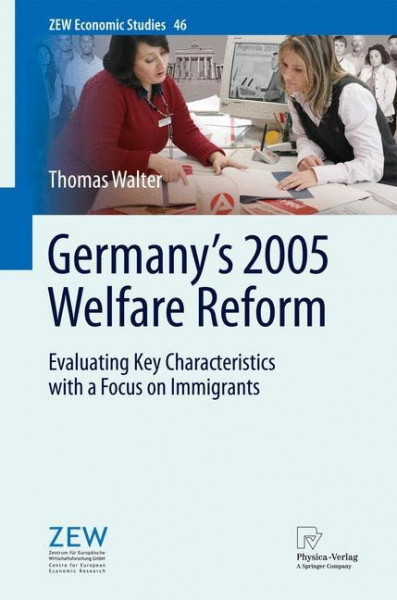 In January 2005, the German government enacted a substantial reform of the welfare system, the so-called ¿Hartz IV reform¿. This book evaluates key characteristics of the reform from a microeconometric perspective. It investigates whether a centralized or decentralized organization of welfare administration is more successful to integrate welfare recipients into employment. Moreover, it analyzes the employment effects of an intensified use of benefit sanctions and evaluates the effectiveness and efficiency of the most frequently assigned Active Labor Market Programs. The analyses have a focus on immigrants, who are highly over-represented in the German welfare system.¿ von Walter, Thomas

Thomas Walter studied Economics at the University of Hannover and at the University of Bristol with special emphasis on economic policy, labour economics and econometrics. He works at the Centre for European Economic Research (ZEW) in Mannheim as a researcher in the department of "Labour Markets, Human Resources and Social Policy". His research focuses on the labour market activation of welfare recipients.