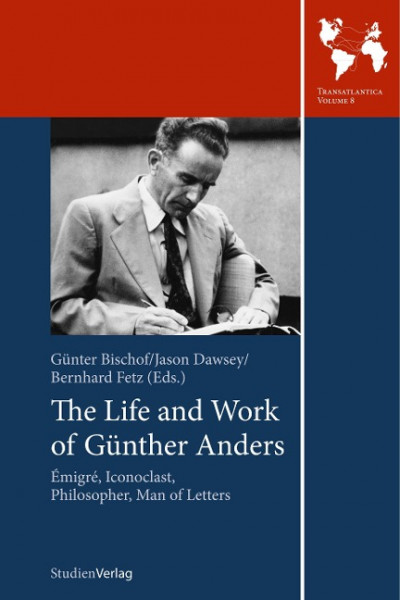 The Life and Work of Günther Anders

The Life and Work of Günther Anders
Émigré, Iconoclast, Philosopher, Man of Letters

Günther Anders (1902, Breslau - 1992, Vienna) studied philosophy with Husserl and Heidegger in Freiburg in the 1920s. Married to Hannah Arendt he worked in Berlin as a journalist and also wrote antifascist literature. He emigrated in 1933, first to Paris, then to the United States, where he worked and lectured at the New School for Social Research. Auschwitz, Hiroshima, and Nagasaki were the major turning points in Anders' philosophical thinking. He returned to Europe in 1950 and settled in Vienna. He was one of the first to critically examine the Austrian victim myth. Increasingly, his primary interest turned to the issue of the growing predominance of technology in human life. In his main philosophical work Die Antiquiertheit des Menschen (1956) Anders developed what he called a 'philosophy of discrepancy,' an analysis of the gap between what we are able to produce and what we are able to imagine. He emerged as a central figure in the European antinuclear movement. He was also a critic of the American aggression in Vietnam. Over a long career stretching almost seventy years, Anders published numerous philosophical essays and diaries, fables, short stories, and poetry. This volume tries to recover and reintroduce the work of "the most neglected German philosopher of the twentieth century" (Jean-Pierre Dupuy). von Bischof, Günter und Dawsey, Jason und Fetz, Bernhar