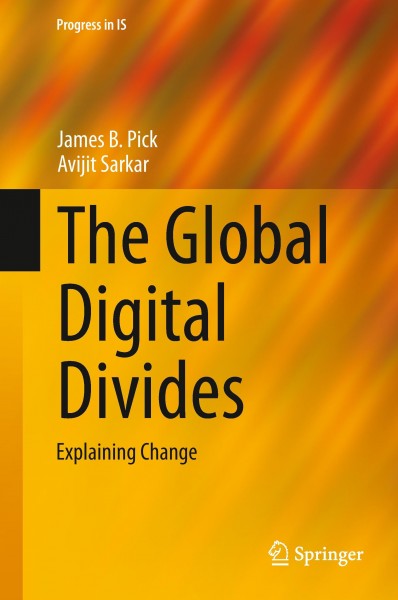 This book analyzes extensive data on the world's rapidly changing and growing access to, use and geographies of information and communications technologies. It studies not only the spatial differences in technology usage worldwide, but also examines digital differences in the major world nations of China, India, the United States and Japan at the state and provincial levels. At the global level, factors such as education, innovation, judicial independence and investment are important to explaining differences in the adoption and use of technology. The country studies corroborate consistent determinants for technology usage for education, urban location, economic prosperity, and infrastructure, but also reveal unique determinants, such as social capital in the United States and India, exports in China and working age population and patents in Japan. Spatial patterns are revealed that indicate clusters of high and low technology use for various nations around the world, the countries of Africa and for individual states/provinces within nations. Based on theory, novel findings and phenomena that have remained largely unreported, the book considers the future of the worldwide digital divides, the policy role of governments and the challenges of leadership.   von Pick, James B. und Sarkar, Avijit

James Pick is professor in School of Business at University of Redlands, Redlands, California, USA. He was founding director of the university's Center for Business GIS and Spatial Analysis, past chair of the Department of Management and Business and past assembly chair of the School of Business. He is author or co-author of over 80 journal papers and book chapters, in information systems, GIS, population and urban studies and author or co-author of twelve books on these topics. His current research interests include socio-economic and spatial modeling of the worldwide and country digital divides, factors that influence technology use in rural villages in India, geospatial strategies for business and comparisons of urban change.  He is a senior associate editor of European Journal of Information Systems, associate editor of Information Technology for Development and serves on three other editorial boards. He has received a Fulbright award for Mexico, distinguished alumnus award from Northern Illinois University and other research and teaching awards. He holds a B.A. from Northwestern University, M.S.Ed. from Northern Illinois University and Ph.D. from University of California Irvine.Avijit Sarkar is Associate Professor at the University of Redlands School of Business. He is presently director of the university's Center for Business GIS and Spa­tial Analysis. His research interests are in global technology use patterns and digital divides and geographic information systems in business and operations research. His research articles have been published in journals such as Telecommunications Policy, Journal of Geographical Systems, IIE Transactions, European Journal of Operational Research, Socio-Economic Planning Sciences and Computers and Operations Research. He serves on the editorial board of the International Journal of Business Analytics and is a recipient of the University of Redlands Awards for Outstanding Research (2010) and Outstanding Teaching (2009). Dr. Sarkar received his PhD and MS degrees in Industrial Engineering from the University at Buffalo-The State University of New York. At the University of Redlands he teaches a variety of quantitative courses in operations man­agement and operations research.