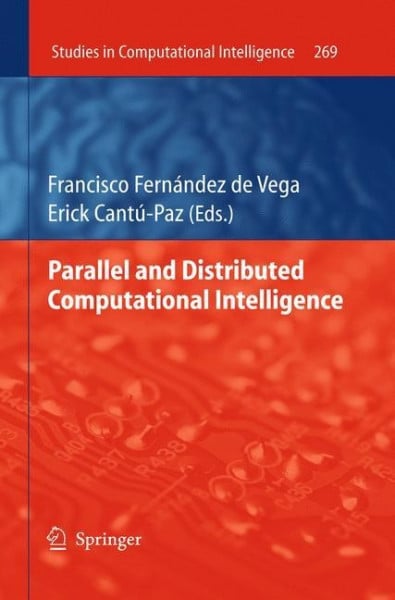 Francisco Fern¿ andez de Vega and Erick Cantu- ¿ Paz The growing success of biologically inspired algorithms in solving large and complex problems has spawned many interesting areas of research. Over the years, one of the mainstays in bio-inspired research has been the exploi- tion of parallel and distributed environments to speedup computations and to enrich the algorithms. From the early days of research on bio-inspired algorithms, their inherently parallel nature was recognized and di?erent p- allelization approaches have been explored. Parallel algorithms promise - ductions in execution time and open the door to solve increasingly larger problems. But parallel platforms also inspire new bio-inspired parallel al- rithms that, while similar to their sequential counterparts, explore search spaces di?erently and o?er improvements in solution quality. Our objective in editing this book was to assemble a sample of the best work in parallel and distributed biologically inspired algorithms. We invited researchers in di?erent domains to submit their work. We aimed to include diverse topics to appeal to a wide audience. Some of the chapters sum- rize work that has been ongoing for several years, while others describe more recent exploratory work. Collectively, these works o?er a global snapshot of the most recent e?orts of bioinspired algorithms' researchers aiming at pr- iting from parallel and distributed computer architectures-including GPUs, Clusters, Grids, volunteer computing and p2p networks as well as multi-core processors. von Vega, Francisco Fernández de und Cantú-Paz, Erick