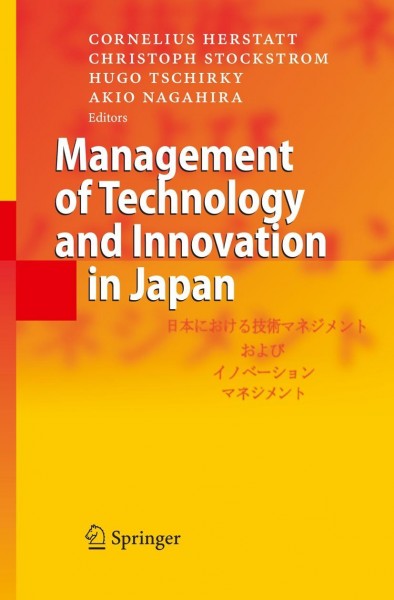 Management of Technology and Innovation in Japan

Management of Technology and Innovation in Japan

What Makes this Book Unique? No crystal ball is required to safely predict, that in the future - even more than in the past - mastered innovativeness will be a primary criterion distinguishing s- cessful from unsuccessful companies. At the latest since Michael Porter's study on the competitiveness of nations, the same criterion holds even for the evaluation of entire countries and national economies. Despite the innumerable number of p- lications and recommendations on innovation, competitive innovativeness is still a rare competency. The latest publication of UNICE - the European Industry - ganization representing 20 million large, midsize and small companies - speaks a clear language: Europe qualifies to roughly 60% (70%) of the innovation strength of the US (Japan). The record unemployment in many EU countries does not c- tradict this message. A main reason may be given by the fact that becoming an innovative organi- tion means increased openness towards the new and more tolerance towards risks and failures, both challenging the inherently difficult management art of cultural change. Further, lacking innovativeness is often related to legal and fiscal barriers which rather hinder than foster innovative activities. Yet another reason to explain Europe's notorious innovation gap refers to insufficient financial R&D resources on the company as well as on the national level. As a result, for example, hi- ranking decisions on the level of the European Commission are taken to increase R&D expenditures in the European Union from roughly 2% to 3% of GNP. von Herstatt, Cornelius und Tschirky, Hugo und Nagahira, Akio und Stockstrom, Christoph