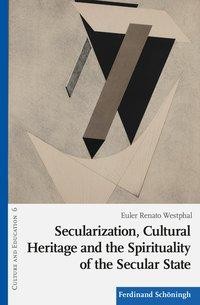 Secularization, Cultural Heritage and the Spirituality of the Secular State

Secularization, Cultural Heritage and the Spirituality of the Secular State
Between Sacredness and Secularization

The purpose of this study about theological aspects of culture and social ethics is to investigate the relation between the theological tradition arising from Luther and the cultural immateriality which is culturally expressed in material progress and work. It is necessary to remember that it was Protestant theology itself that enabled this secularization process. Protestantism and modernity with its secularization proposal are processes that condition one another. Paul Tillich calls modernity and secularization the "Protestant Era" in the context of the Western culture of economic progress. It was mainly the theological tradition of the Enlightenment that separated the kingdom of the right from the kingdom of the left, law and gospel, creation and redemption, in such a way that the scope of creation became so autonomous that it dismissed the justification through the work of Christ, the gospel. von Westphal, Euler Renato

Euler Renato Westphal is Professor of bioethics and cultural studies at Univille University and Professor of systematic theology at Faculdade Luterana de Teologia in São Bento do Sul, Brazil.