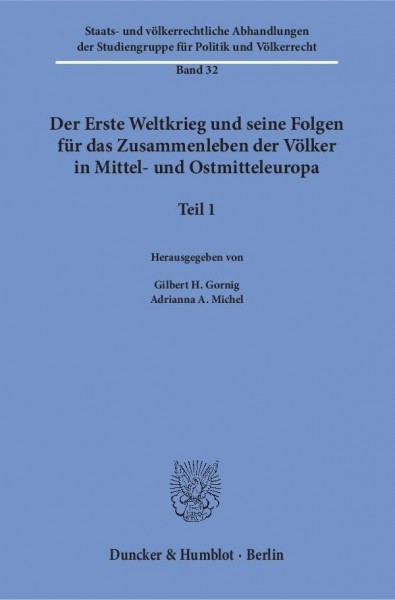 »World War I and its Consequences for the Coexistence of Peoples in Central and Eastern Central« World War I officially ended with the Versailles Peace Treaty dated 28 June 1919 and further Paris suburb contracts. In three symposia from 2016 to 2018, the Study Group on Politics and International Law deals with causes and the beginning of World War I and the consequences of the peace treaties after World War I until today. The first volume focuses on the fate of Germany and the Germans, alongside the beginning and causes of the First World War. von Gornig, Gilbert H. und Michel, Adrianna Agata