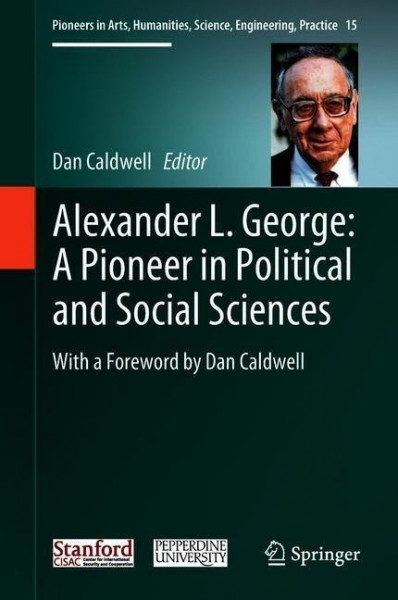 Alexander L. George: A Pioneer in Political and Social Sciences

Alexander L. George: A Pioneer in Political and Social Sciences
With a Foreword by Dan Caldwell

Alexander L. George was one of the most productive and respected political scientistsof the late twentieth century. He and his wife, Juliette George, wrote one of the firstpsychobiographies, and Professor George went on to write seminal articles and booksfocusing on political psychology, the operational code, foreign policy decisionmaking,case study methodology, deterrence, coercive diplomacy, policy legitimacy, and bridgingthe gap between the academic and policymaking communities. This book is the firstand only one to contain examples of the works across these fields written by AlexanderGeorge and several of his collaborators. . This is a collection of Alexander L. George's works from the major fields to whichhe contributed.. There are biographical essays by his wife and co-author (Juliette L. George), daughter(Mary George Douglass), former student (Dan Caldwell), and professional colleague(Janice Gross Stein).. There are 25 photographs of Alexander L. George and his family which have notpreviously been published. von Caldwell, Dan