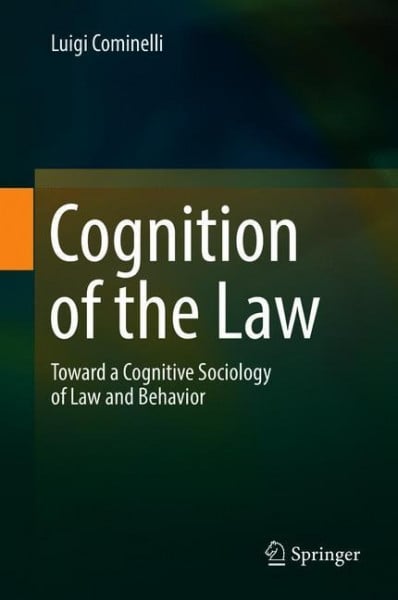 Cognition of the Law

This book's basic hypothesis - which it proposes to test with a cognitive-sociological approach - is that legal behavior, like every form of human behavior, is directed and framed by biosocial constraints that are neither entirely genetic nor exclusively cultural. As such, from a sociological perspective the law can be seen as a super-meme, that is, as a biosocial constraint that develops only in complex societies. This super-meme theory, by highlighting a fundamental distinction between defensive and assertive biases, might explain the false contradiction between law as a static and historical phenomenon, and law as a dynamic and promotional element. Socio-legal scholars today have to face the challenge of pursuing a truly interdisciplinary approach, connecting all the fields that can contribute to building a modern theory of normative behavior and social action. Understanding and framing concepts such as rationality, emotion, or justice can help to overcome the significant divide between micro and macro sociological knowledge. Social scientists who are interested in the law must be able to master the epistemological discourses of different disciplines, and to produce fruitful syntheses and bridge-operations so as to understand the legal phenomenon from each different point of view. The book adopts four perspectives: sociological, psychological, biological-evolutionary and cognitive. All of them have the potential to be mutually integrated, and constitute that general social science that provides common ground for exchange. The goal is to arrive at a broad and integrated view of the socio-legal phenomenon, paving the way for a comprehensive theory of norm-oriented and norm-perceived actions. von Cominelli, Luigi