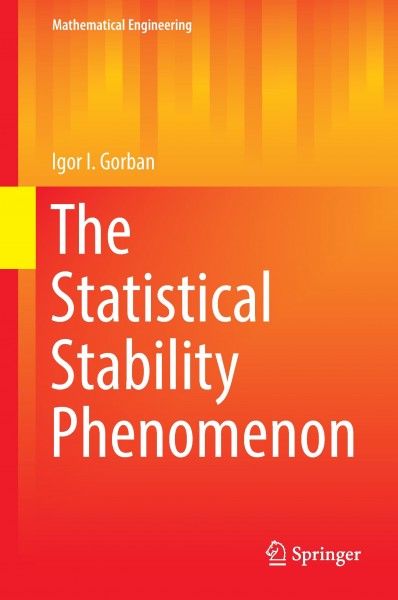 Igor I. Gorban graduated from the Kiev Polytechnic Institute, USSR, major-ing in hydroacoustics. At the MorPhysPribor Central Research Institute, Lenin-grad, he received a Ph.D., and at the Institute of Cybernetics of the Academy of Sciences of Ukraine, Kiev, a Dr. Sc. He was awarded the academic rank of Senior Research Associate and then Full Professor.He worked at the Kiev Research Institute for Hydroequipment, participating in a number of developmental and research programmes. He was in charge of algorithms for several sonar systems, was a research adviser for two scientific expeditions to the Pacific to study hydroacoustic signals, was the first deputy to the Chief Designer and Chief Designer of the sonar complexes. Since 1993 he has been working at the Institute of Mathematical Machines and Systems Problems, National academy of Sciences of Ukraine, as Principal Scientist and Deputy Director for Research. Igor I. Gorban is the author of more than 200 scientific publications and several books devoted to: . the theory of space-time processing of hydroacoustic signals under complex dynamic conditions, . the theory of fast multi-channel processing of hydroacoustic signals, and. the physical-mathematical theory of hyper-random phenomena that takes into account violations of statistical stability.