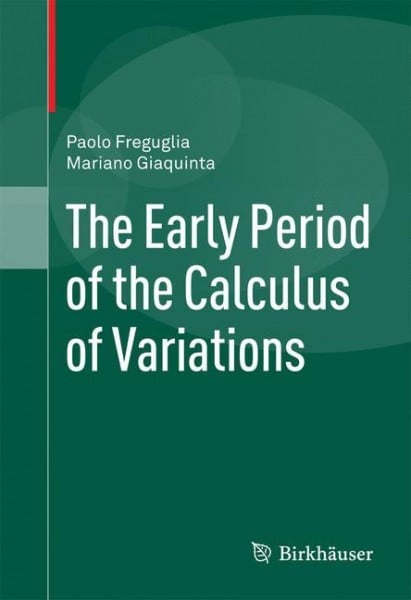 The Early Period of the Calculus of Variations

The Early Period of the Calculus of Variations

This monograph explores the early development of the calculus of variations in continental Europe during the Eighteenth Century by illustrating the mathematics of its founders. Closely following the original papers and correspondences of Euler, Lagrange, the Bernoullis, and others, the reader is immersed in the challenge of theory building. We see what the founders were doing, the difficulties they faced, the mistakes they made, and their triumphs. The authors guide the reader through these works with instructive commentaries and complements to the original proofs, as well as offering a modern perspective where useful. The authors begin in 1697 with Johann Bernoulli's work on the brachystochrone problem and the events leading up to it, marking the dawn of the calculus of variations. From there, they cover key advances in the theory up to the development of Lagrange's d-calculus, including: . The isoperimetrical problems. Shortest lines and geodesics. Euler's Methodus Inveniendi and the two AdditamentaFinally, the authors give the readers a sense of how vast the calculus of variations has become in centuries hence, providing some idea of what lies outside the scope of the book as well as the current state of affairs in the field. This book will be of interest to anyone studying the calculus of variations who wants a deeper intuition for the techniques and ideas that are used, as well as historians of science and mathematics interested in the development and evolution of modern calculus and analysis. von Freguglia, Paolo und Giaquinta, Mariano