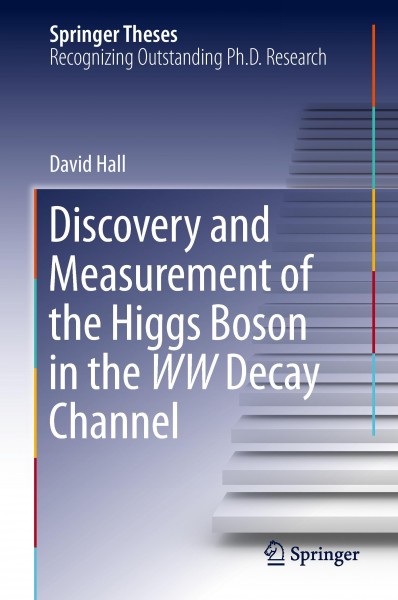 This thesis describes the stand-alone discovery and measurement of the Higgs boson in its decays to two W bosons using the Run-I ATLAS dataset. This is the most precise measurement of gluon-fusion Higgs boson production and is among the most significant results attained at the LHC. The thesis provides an exceptionally clear exposition on a complicated analysis performed by a large team of researchers. Aspects of the analysis performed by the author are explained in detail; these include new methods for evaluating uncertainties on the jet binning used in the analysis and for estimating the background due to associated production of a W boson and an off-shell photon. The thesis also describes a measurement of the WW cross section, an essential background to Higgs boson production. The primary motivation of the LHC was to prove or disprove the existence of the Higgs boson. In 2012, CERN announced this discovery and the resultant ATLAS publication contained three decay channels: gg, ZZ, and WW. von Hall, David

David Hall obtained his DPhil degree at the University of Oxford whilst working on the ATLAS experiment at CERN. This research focussed on measuring the WW production cross section and searching for evidence of the Higgs boson. Following this, David moved into proton therapy research and spent a short time at the Particle Therapy Cancer Research Institute, Oxford. He is now a postdoctoral research fellow at Massachusetts General Hospital and Harvard Medical School, developing Monte Carlo simulation programs and treatment planning systems for proton therapy.