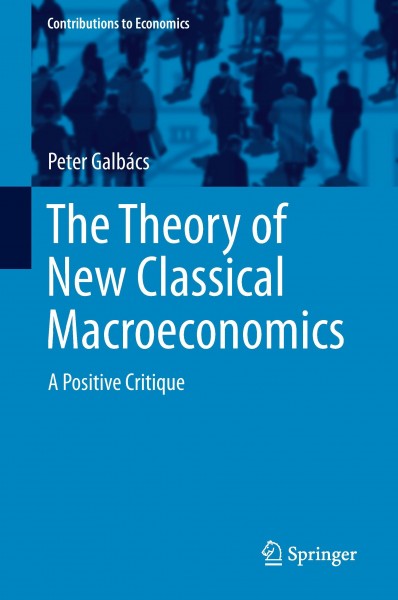 The Theory of New Classical Macroeconomics

The Theory of New Classical Macroeconomics
A Positive Critique

Peter Galbács is a researcher of the theory and methodology of mainstream economics. After studying sociology and social philosophy at the Faculty of Humanities and Social Sciences of Pázmány Péter Catholic University (Piliscsaba, Hungary), he took a master and later a Ph.D. degree on macroeconomic theory in his hometown, at the University of Miskolc (Hungary). These early influences determine fundamentally the way he questions economic theory, regarding economic theory as a thesaurus of philosophical texts that describe the economic aspects of processes of societies. His experience on the econometric and modelling considerations of mainstream economics was widely used at the State Audit Office of Hungary during the years he was working there as an academic consultant. Now he is a lecturer of Budapest Business School in monetary economics and history of economic thoughts.