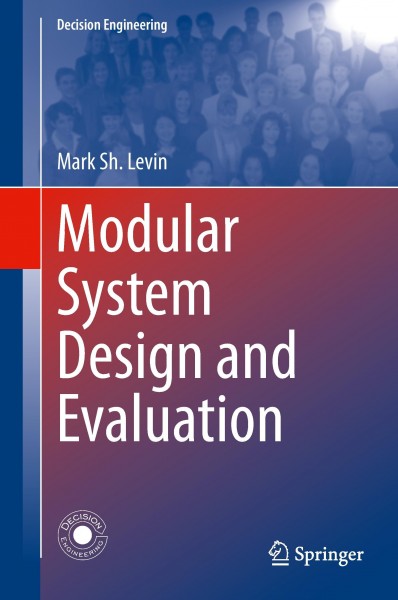 This book examines seven key combinatorial engineering frameworks (composite schemes consisting of algorithms and/or interactive procedures) for hierarchical modular (composite) systems. These frameworks are based on combinatorial optimization problems (e.g., knapsack problem, multiple choice problem, assignment problem, morphological clique problem), with the author's version of morphological design approach - Hierarchical Morphological Multicritieria Design (HMMD) - providing a conceptual lens with which to elucidate the examples discussed. This approach is based on ordinal estimates of design alternatives for systems parts/components, however, the book also puts forward an original version of HMMD that is based on new interval multiset estimates for the design alternatives with special attention paid to the aggregation of modular solutions (system versions). The second part of 'Modular System Design and Evaluation' provides ten information technology case studies that enriches understanding of the design of system design, detection of system bottlenecks and system improvement, amongst others. The book is intended for researchers and scientists, students, and practitioners in many domains of information technology and engineering. The book is also designed to be used as a text for courses in system design, systems engineering and life cycle engineering at the level of undergraduate level, graduate/PhD levels, and for continuing education. The material and methods contained in this book were used over four years in Moscow Institute of Physics and Technology (State University) in the author's faculty course "System Design". von Levin, Mark Sh.