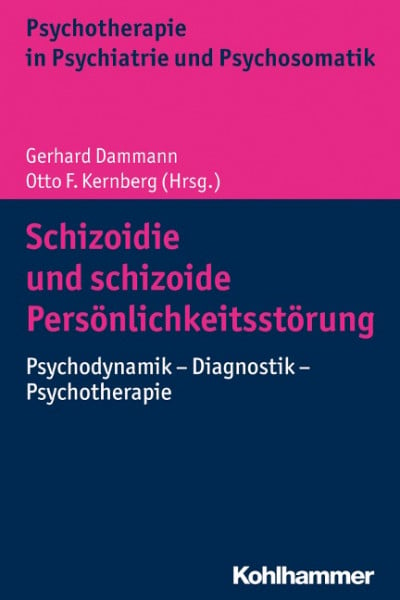 Schizoid personality disorder is one of the most interesting, but also one of the least well known personality disorders. The concept of schizoidism has had a varied history, starting with schizophrenia and touching on other clinical problem areas such as schizotypy, autism spectrum disorders, avoidance of attachment, and lack of empathy in psychopathy. People with schizoidism are extremely reluctant to engage in intensive interpersonal relationships and to experience stronger emotions, and instead place strong importance on their own independence, rationality and ego functions. In addition to presenting the origins of the concept and findings from empirical research, this volume focuses on differential diagnoses, on the psychodynamics of schizoid patients and their often impressive creativity in a case-related way, as well as on the psychotherapeutic options and treatment difficulties. von Dammann, Gerhard und Kernberg, Otto F.