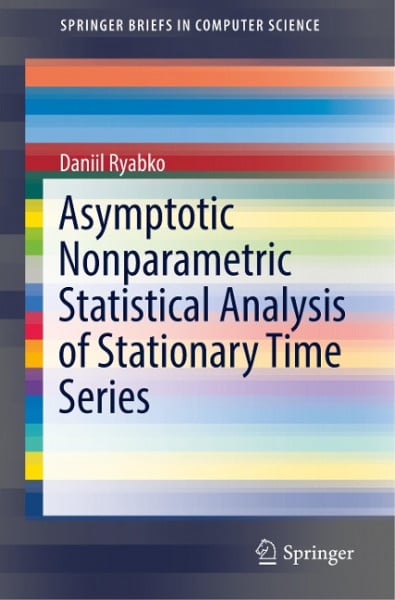 Stationarity is a very general, qualitative assumption, that can be assessed on the basis of application specifics. It is thus a rather attractive assumption to base statistical analysis on, especially for problems for which less general qualitative assumptions, such as independence or finite memory, clearly fail. However, it has long been considered too general to be able to make statistical inference. One of the reasons for this is that rates of convergence, even of frequencies to the mean, are not available under this assumption alone. Recently, it has been shown that, while some natural and simple problems, such as homogeneity, are indeed provably impossible to solve if one only assumes that the data is stationary (or stationary ergodic), many others can be solved with rather simple and intuitive algorithms. The latter include clustering and change point estimation among others. In this volume these results are summarize. The emphasis is on asymptotic consistency, since this the strongest property one can obtain assuming stationarity alone. While for most of the problem for which a solution is found this solution is algorithmically realizable, the main objective in this area of research, the objective which is only partially attained, is to understand what is possible and what is not possible to do for stationary time series. The considered problems include homogeneity testing (the so-called two sample problem), clustering with respect to distribution, clustering with respect to independence, change point estimation, identity testing, and the general problem of composite hypotheses testing. For the latter problem, a topological criterion for the existence of a consistent test is presented. In addition, a number of open problems is presented. von Ryabko, Daniil