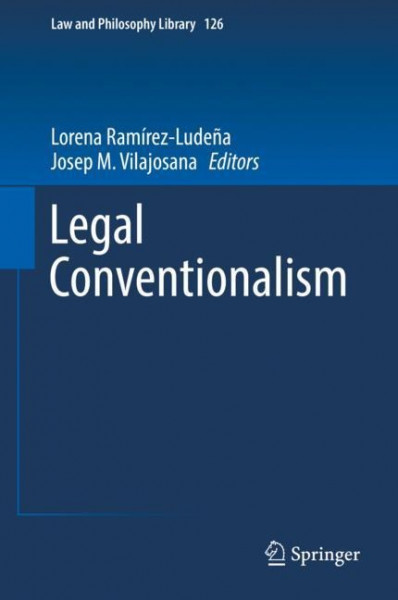 The concept of convention has been used in different fields and from different perspectives to account for important social phenomena, and the legal sphere is no exception. Rather, reflection on whether the legal phenomenon is based on a convention and, if so, what kind of convention is involved, has become a recurring issue in contemporary legal theory. In this book, some of the foremost specialists in the field make significant contributions to this debate. In the first part, the concept of convention is analysed. The second part reflects on whether the rule of recognition postulated by Hart can be understood as a convention and discusses its potential and limitations in order to explain the institutional and normative character of law. Lastly, the third part critically examines the relations between conventionalism and legal interpretation. Given the content and quality of the contributions, the book is of interest to those wanting to understand the current state of the art in legal conventionalism as well as those wanting to deepen their knowledge about these questions. von Vilajosana, Josep M. und Ramírez-Ludeña, Lorena

Lorena Ramírez-Ludeña is Lecturer in the Law Department of the Pompeu Fabra University (UPF) in Barcelona. She holds a PhD in Legal Philosophy from the Pompeu Fabra University. She has been visiting researcher in prestigious universities such as the University of Oxford and Yale University. Her research interests include theories of reference, legal interpretation, legal positivism and objectivity in law. Her publications include books, articles and book chapters in well-known journals and publishers such as Springer, Doxa, Analisi e Diritto and Marcial Pons. Josep M. Vilajosana is Professor of Legal Philosophy at Pompeu Fabra University (UPF) in Barcelona. His research lines include legal theory, legal system's dynamics, conventionalism and the right to self-determination. He is the author of many books and articles on legal and political philosophy. From 2010 to 2016, he was the Dean of the Faculty of Law at the UPF.