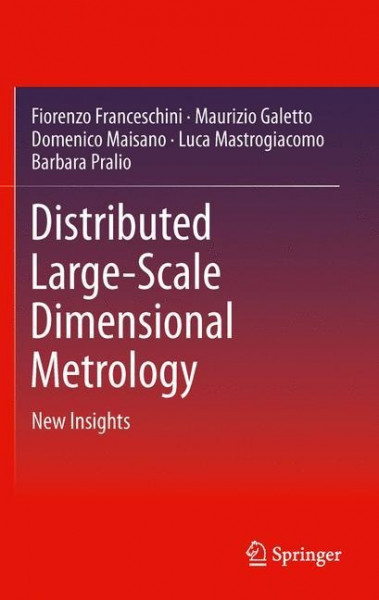 The field of large-scale dimensional metrology (LSM) deals with objects that have linear dimensions ranging from tens to hundreds of meters. It has recently attracted a great deal of interest in many areas of production, including the automotive, railway, and shipbuilding sectors.Distributed Large-Scale Dimensional Metrology introduces a new paradigm in this field that reverses the classical metrological approach: measuring systems that are portable and can be easily moved around the location of the measured object, which is preferable to moving the object itself. Distributed Large-Scale Dimensional Metrology combines the concepts of distributed systems and large scale metrology at the application level. It focuses on the latest insights and challenges of this new generation of systems from the perspective of the designers and developers. The main topics are:coverage of measuring area,sensors calibration,on-line diagnostics,probe management, andanalysis of metrological performance.The general descriptions of each topic are further enriched by specific examples concerning the use of commercially available systems or the development of new prototypes. This will be particularly useful for professional practitioners such as quality engineers, manufacturing and development engineers, and procurement specialists, but Distributed Large-Scale Dimensional Metrology also has a wealth of information for interested academics. von Franceschini, Fiorenzo und Galetto, Maurizio und Maisano, Domenico und Mastrogiacomo, Luca und Pralio, Barbara