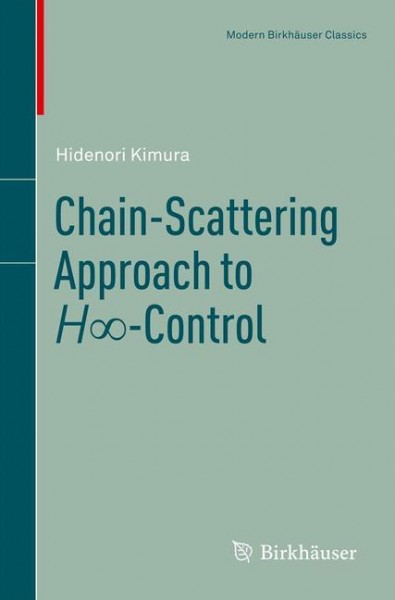 The advent of H8-control was a truly remarkable innovation in multivariable theory. It eliminated the classical/modern dichotomy that had been a major source of the long-standing skepticism about the applicability of modern control theory, by amalgamating the "philosophy" of classical design with "computation" based on the state-space problem setting. It enhanced the application by deepening the theory mathematically and logically, not by weakening it as was done by the reformers of modern control theory in the early 1970s.  The purpose of this book is to provide a natural theoretical framework that is understandable with little mathematical background. The notion of chain-scattering, well known in classical circuit theory, but new to control theorists, plays a fundamental role in this book. It captures an essential feature of the control systems design, reducing it to a J-lossless factorization, which leads naturally to the idea of H-infinity-control. The J-lossless conjugation, an essentially new notion in linear system theory, then provides a powerful tool for computing this factorization. Thus the chain-scattering representation, the J-lossless factorization, and the J-lossless conjugation are the three key notions that provide the thread of development in this book. The book is completely self contained and requires little mathematical background other than some familiarity with linear algebra. It will be useful to applied mathematicians and practicing engineers in control system design and as a text for a graduate course in H8-control and its applications.  von Kimura, Hidenori

Hidenori Kimura is a Director of the RIKEN BSI-Toyota Collaboration Center, a Council Member of IFAC representing Japan, an associate member of Scienti¿c Council of Japan, and Principal Fellow of the Center for Research and Development Strategy, Japan Science and Technology Agency. He is a Fellow of SICE, IEEE, and IFAC, and has been awarded SICE paper awards four times, the IFAC Paper Prize twice, and the George Axelby Award in 1984. Most recently, he has received the 2011-14 Giorgio Quazza Medal from IFAC.