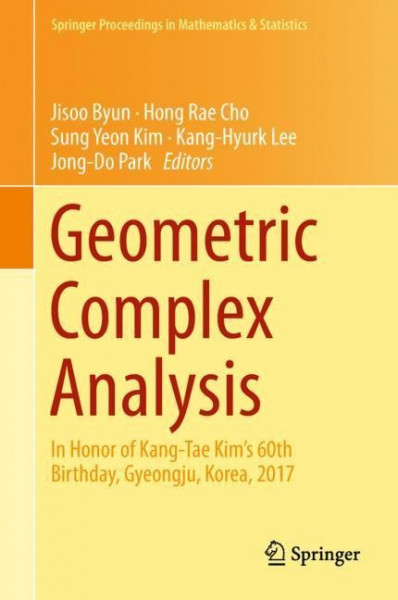 The KSCV Symposium, the Korean Conference on Several Complex Variables, started in 1997 in an effort to promote the study of complex analysis and geometry. Since then, the conference met semi-regularly for about 10 years and then settled on being held biannually. The sixth and tenth conferences were held in 2002 and 2014 as satellite conferences to the Beijing International Congress of Mathematicians (ICM) and the Seoul ICM, respectively. The purpose of the KSCV Symposium is to organize the research talks of many leading scholars in the world, to provide an opportunity for communication, and to promote new researchers in this field. von Byun, Jisoo und Cho, Hong Rae und Kim, Sung Yeon und Lee, Kang-Hyurk und Park, Jong-Do