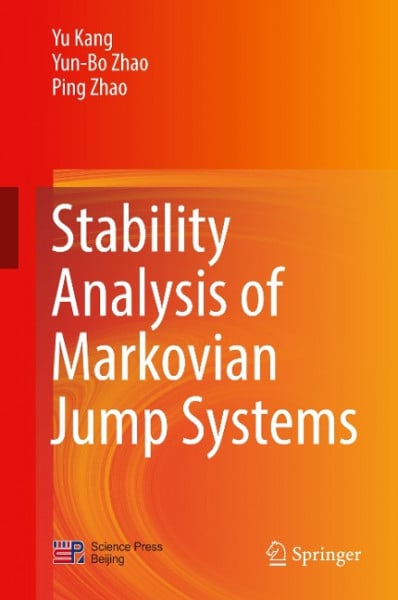 This book focuses on the stability analysis of Markovian jump systems (MJSs) with various settings and discusses its applications in several different areas. It also presents general definitions of the necessary concepts and an overview of the recent developments in MJSs. Further, it addresses the general robust problem of Markovian jump linear systems (MJLSs), the asynchronous stability of a class of nonlinear systems, the robust adaptive control scheme for a class of nonlinear uncertain MJSs, the practical stability of MJSs and its applications as a modelling tool for networked control systems, Markovian-based control for wheeled mobile manipulators and the jump-linear-quadratic (JLQ) problem of a class of continuous-time MJLSs. It is a valuable resource for researchers and graduate students in the field of control theory and engineering. von Kang, Yu und Zhao, Yun-Bo und Zhao, Ping

CVs of the authors are attached in which the publications related with the envisaged book are highlighted.