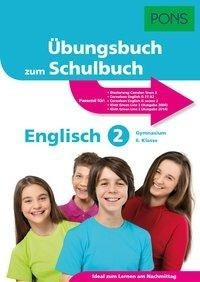 Educating for the 21st Century

Educating for the 21st Century
Perspectives, Policies and Practices from Around the World

All over the world, governments, policymakers, and educators are advocating the need to educate students for the 21st first century. This book provides insights into what this means and the ways 21st century education is theorized and implemented in practice. The first part, "Perspectives: Mapping our futures-in-the-making," uncovers the contradictions, tensions and processes that shape 21st century education discourses. The second part, "Policies: Constructing the future through policymaking," discusses how 21st century education is translated into policies and the resulting tensions that emerge from top-down, state sanctioned policies and bottom-up initiatives. The third part, "Practices: Enacting the Future in Local Contexts," discusses on-the-ground initiatives that schools in various countries around the world enact to educate their students for the 21st century. This volume includes contributions from leading scholars in the field as well as educators from schools and those working with schools. von Choo, Suzanne und Sawch, Deb und Villanueva, Alison und Vinz, Ruth

Suzanne S. Choo is assistant professor in the English Language and Literature Academic Group at the National Institute of Education, Nanyang Technological University, Singapore. Her most recent book, Reading the world, the globe, and the cosmos: Approaches to teaching literature for the twenty-first century, received the 2014 Critics Choice Book Award from the American Educational Studies Association. She co-founded Studies in Educational Innovation at Teachers College, Columbia University and is associate editor of the Asia Pacific Journal of Education. Deb Sawch is an independent education consultant who supports educators striving for whole-school approaches to 21st century education. She serves as a research/PD advisor to the Transcend group, a non-profit school-design organization. She currently teaches the Global Competence Certificate Program at Teachers College, Columbia University where she also co-founded Studies in Educational Innovation and the Global Learning Alliance. She chairs the Teach for America-CT Advisory Board. Alison Villanueva is co-founder of the Global Learning Alliance, an international consortium of university and school partnerships committed to 21st century education. She co-founded and co-directed Studies in Educational Innovation, a center devoted to innovative education practices. She is currently a principal with the Danbury Public Schools in Connecticut and adjunct assistant professor at the department of Educational Leadership at Sacred Heart University. Ruth Vinz is the Endowed Morse Professor of Teacher Education and professor of English Education at Teachers College, Columbia University. She is the author of thirteen books for educators and her book, Composing A Teaching Life, received the Richard Meade award for outstanding research published in English education. In 2002 she founded The Center for the Professional Education of Teachers (CPET), an incubator for new ideas in professional education including the Student Press Initiative, Secondary Literacy Initiative, and Global Learning Alliance that serves members around the globe.